If you are looking for a  pre loved or new static caravan,  for sale, on 12 month sites no age limit in the county of Shropshire, Lodge Coppice Static Caravan park is the perfect choice. We are positioned beautifully to explore the surrounding Wyre Forest and the Severn Valley. Our county of Shropshire is one of the most rural counties in England.

Shropshire is the idyllic county holiday homes and Static caravans. Shropshire is the gateway to Wales and the foothills of the mighty Long Mynd. At Lodge Coppice you will feel your everyday cares drift away as you set your clock to Shropshire time and tune into our fantastic birdsong. Unaffected by light pollution, Shropshire Lodge Coppice by night is a dreamy place for stargazing. You’ll find we have the perfect Shropshire holiday park for you. It’s so rural and wild, far from the madding crowds. You will find a wealth of real ale and fine food pubs, giving you the best of every world. Choose Lodge Coppice a quiet static caravan site in Shropshire.

Lodge Coppice is the perfect holiday park to explore the bordering uplands of Wales and lowland of England, Shropshire has had an amazing history.  This history is steeped in a wealth of archaeological sites, and in a fantastic collection of archives. The heritage of the Industrial Revolution is recognised in the two, much visited, world heritage sites that partly fall within Shropshire: The Ironbridge Gorge and Pontcysyllte Aqueduct and Canal, along with The Flaxmill Maltings, the world’s first iron-framed building, paving the way for modern high rise buildings. Shropshire has the third largest number of listed buildings and registered parks and gardens in England, and over 100 conservation areas.

Nearly 25% of the county around Lodge Coppice is designated as the Shropshire Hills Area of Outstanding Natural Beauty, we have 3 national nature reserves. Internationally important wetland sites, areas of conservation and many sites of significant scientific interest. Shropshire is criss-crossed with beautiful rights of way, many in walking distance of Lodge Coppice Static caravan Park , many are amongst England’s finest, including paths such as the Shropshire Way and Offa’s Dyke Path National Trail, and national cycle routes – your challenge is to walk and ride them all.

Perhaps that’s something that makes it unique?

The county town of Shrewsbury is ancient – it’s full of wobbly Tudor buildings and tiny dark passages.You certainly learn how to create your own entertainment when the nearest city is an hour away..

Shrewsbury’s library is a converted public school and its railway station sits in the shadow of a castle that dates back to around 1050.

If you’re after a modern experience, you can travel to nearby Telford, a new town of office blocks and shopping malls that sits alongside the Ironbridge Gorge, known as the birthplace of the Industrial Revolution.

Shropshire is proud of having the world’s first skyscrape

The Ditherington Flax Mill in Shrewsbury was the first iron-framed building in the entire world, giving it the title ‘the grandfather of all skyscrapers’.

Built in 1796, this Grade I listed building is known locally as The Maltings after its later and better known use.

Everyone who went to school in Shropshire will have been taken to Blists Hill Victorian Town (home of the BBC’s ‘Victorian Pharmacy‘) at least once.

And then there was Acton Scott, home of the ‘Victorian Farm‘ TV programme.

Basically, if the BBC wants a Victorian background, they come to Shropshire.

History is everywhere and Darwin rules all

You’d be forgiven for thinking that history only exists if it can be connected in some way to Charles Darwin, especially in Shrewsbury.

Born and brought up in the town, Darwin’s legacy permeates everything from the shopping centre that bears his name to Quantum Leap, the sculpture that commemorates the Shrewsbury’s most famous son.

As the crowds make their way out of the Quarry at the end of the last day of the Flower Show in August, the most common thing you’ll overhear is ‘soon be Christmas!’

We’re constantly arguing about how to pronounce ‘Shrewsbury’

If you’ve been brought up in Shropshire, you’ll have an opinion on how to pronounce Shrewsbury – and other people will keep telling you you’re wrong.

Just to be awkward, I was born (and still live) here, and have always called it ‘Shoes-brie’.

Shropshire is full of art and culture

The standard of the local art scene might come as a surprise to some.

There are galleries everywhere  – check out Twenty Twenty in Much Wenlock and The Qube in Oswestry.

We have renowned tattooists and brilliant foodies as well.

But no one knows where it is

My favourite one recently is, ‘Shropshire? Isn’t that just north of Reading?’

Well yes, technically it’s north of Reading, but then so is more than half of the UK.

We’re all used to saying ‘it’s between Birmingham and Wales, halfway up the Welsh border’ then giving up when faced with blank looks.

Childhood holidays were inevitably to Wales

Days out were to Barmouth (because it’s at the end of the main road to the coast), or Borth if your family were the adventurous types.

And Black Rock Sands for a week in the summer holidays.

If your parents decided you needed a bit of culture you probably went to Harlech Castle.

We live in Middle Earth

The Wrekin is one of Shropshire’s most recognisable landmarks.

Alongside the countryside around it, the hill is widely believed to have been an influence on Tolkien’s fictional landscape.

And everyone goes ‘all around the Wrekin’ from time to time

Nothing to do with the hill itself – rather, it’s a colloquialism describing a complicated journey or a convoluted story.

‘Did Aunty Jane tell you what happened?’ ‘Aye, but she went all round the Wrekin to get there!’

Find our more about Shropshire here. 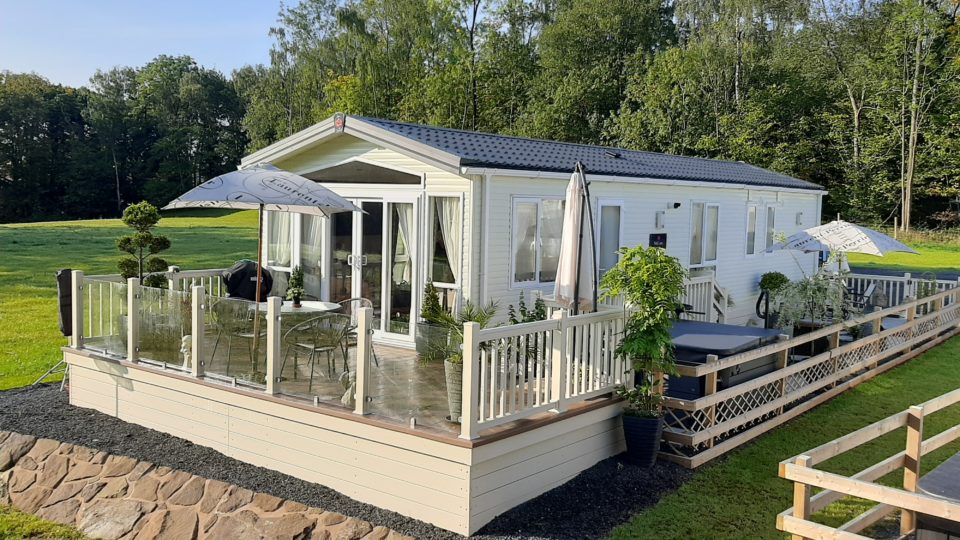 We have an everchanging selection of beautiful new and pre-owned holiday homes… see all our holiday homes for sale.